Philippe De Clerck (1987) is an architect, co-founder of DEVspace. Philippe has been a recurrent researcher within the ULB Architecture Faculty since 2010, taking part in various projects regarding participatory processes and in ]pyblik[, the antenna for a culture of quality in public space. He is a doctoral researcher within the Louise and Sasha laboratories since 2013. Before becoming a researcher, Philippe has been particulary engaged in the cultural sector, as an editorial board member for the books Building for Brussels and Changing Cultures of Planning within Architecture Workroom Brussels, and co-organizer of the Brussels Master Classes editions 2011 to 2013. His doctoral research investigates the relationship between the practice of spatial design and the notion of community in the western context since the 19th century. On the crossraods of architectural design, participation and the future of the commons, the research aims at identifying the impact of architecture on strengthening community and how this impact can be extrapolated to influence the spatial vocabulary of architects. 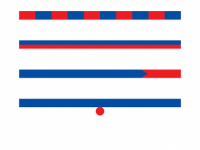 Making Place for Industry, Logistics and Wholesale in Brussels

The Brussels Master Class 2012 “RE:WORK, Making Place for Industry, Logistics and Wholesale in Brussels” was organized from Oct. 29 to Nov. 9 by research centres Louise (ULB) and SteR* (VUB) with the...
Read more 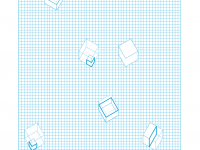 Mobility is one of the pressing questions if Brussels is to develop in a sustainable way -as the many studies and reports produced for the region and turning around this issue help to demonstrate...
Read more

Space, Life and Survival of Belgian Counter-Cultural Experiments Since 1958

In the face of socio-economical, ecological and political challenges faced by our cities and societies, militant movements and thinkers alike point to the commons as a both a critical and operational...
Read more